Last week, a study from UCLA found that long-term meditators had better-preserved brains than non-meditators as they aged. Participants who’d been meditating for an average of 20 years had more grey matter volume throughout the brain — although older meditators still had some volume loss compared to younger meditators, it wasn’t as pronounced as the non-meditators. "We expected rather small and distinct effects located in some of the regions that had previously been associated with meditating," said study author Florian Kurth. "Instead, what we actually observed was a widespread effect of meditation that encompassed regions throughout the entire brain."

Meditation Reduces Activity in the Brain’s “Me Center"

One of the most interesting studies in the last few years, carried out at Yale University, found that mindfulness meditation decreases activity in the default mode network (DMN), the brain network responsible for mind-wandering and self-referential thoughts – a.k.a., “monkey mind.” The DMN is “on” or active when we’re not thinking about anything in particular, when our minds are just wandering from thought to thought. Since mind-wandering is typically associated with being less happy, ruminating, and worrying about the past and future, it’s the goal for many people to dial it down. Several studies have shown that meditation, though its quieting effect on the DMN, appears to do just this. And even when the mind does start to wander, because of the new connections that form, meditators are better at snapping back out of it. 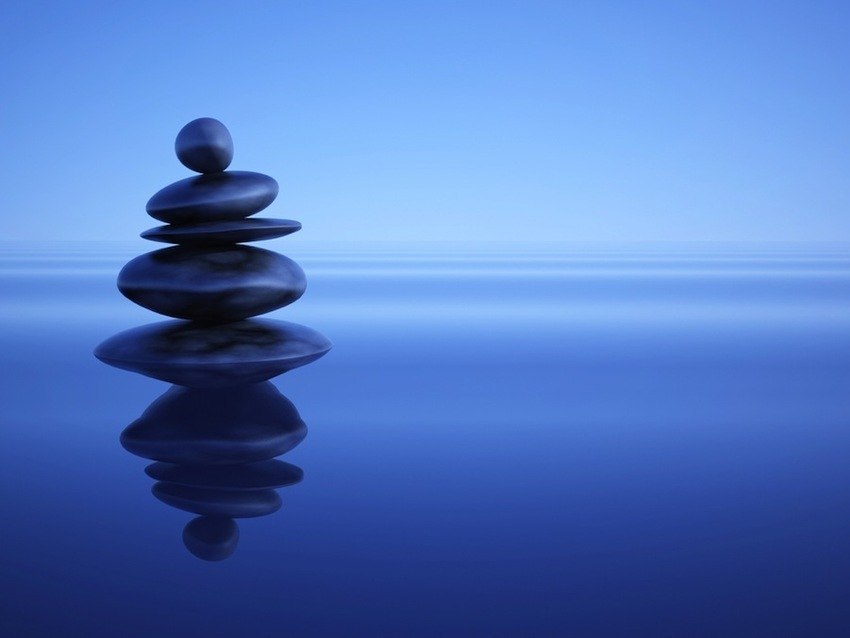 A review study last year at Johns Hopkins looked at the relationship between mindfulness meditation and its ability to reduce symptoms of depression, anxiety, and pain. Researcher Madhav Goyal and his team found that the effect size of meditation was moderate, at 0.3. If this sounds low, keep in mind that the effect size for antidepressants is also 0.3, which makes the effect of meditation sound pretty good. Meditation is, after all an active form of brain training. “A lot of people have this idea that meditation means sitting down and doing nothing,” says Goyal. “But that’s not true. Meditation is an active training of the mind to increase awareness, and different meditation programs approach this in different ways.” Meditation isn’t a magic bullet for depression, as no treatment is, but it’s one of the tools that may help manage symptoms. In 2011, Sara Lazar and her team at Harvard found that mindfulness meditation can actually change the structure of the brain: Eight weeks of Mindfulness-Based Stress Reduction (MBSR) was found to increase cortical thickness in the hippocampus, which governs learning and memory, and in certain areas of the brain that play roles in emotion regulation and self-referential processing. There were also decreases in brain cell volume in the amygdala, which is responsible for fear, anxiety, and stress – and these changes matched the participants’ self-reports of their stress levels, indicating that meditation not only changes the brain, but it changes our subjective perception and feelings as well. In fact, a follow-up study by Lazar’s team found that after meditation training, changes in brain areas linked to mood and arousal were also linked to improvements in how participants said they felt — i.e., their psychological well-being. So for anyone who says that activated blobs in the brain don’t necessarily mean anything, our subjective experience – improved mood and well-being – does indeed seem to be shifted through meditation as well.

Just a Few Days of Training Improves Concentration and Attention Having problems concentrating isn’t just a kid thing – it affects millions of grown-ups as well, with an ADD diagnosis or not. Interestingly but not surprisingly, one of the central benefits of meditation is that it improves attention and concentration: One recent study found that just a couple of weeks of meditation training helped people’s focus and memory during the verbal reasoning section of the GRE. In fact, the increase in score was equivalent to 16 percentile points, which is nothing to sneeze at. Since the strong focus of attention (on an object, idea, or activity) is one of the central aims of meditation, it’s not so surprising that meditation should help people’s cognitive skills on the job, too – but it’s nice to have science confirm it. And everyone can use a little extra assistance on standardized tests.

A lot of people start meditating for its benefits in stress reduction, and there’s lots of good evidence to support this rationale. There’s a whole newer sub-genre of meditation, mentioned earlier, called Mindfulness-Based Stress Reduction (MBSR), developed by Jon Kabat-Zinn at the University of Massachusetts’ Center for Mindfulness (now available all over the country), that aims to reduce a person’s stress level, physically and mentally. Studies have shown its benefits in reducing anxiety, even years after the initial 8-week course. Research has also shown that mindfulness meditation, in contrast to attending to the breath only, can reduce anxiety – and that these changes seem to be mediated through the brain regions associated with those self-referential (“me-centered”) thoughts. Mindfulness meditation has also been shown to help people with social anxiety disorder: a Stanford University team found that MBSR brought about changes in brain regions involved in attention, as well as relief from symptoms of social anxiety.

Meditation Can Help with Addiction 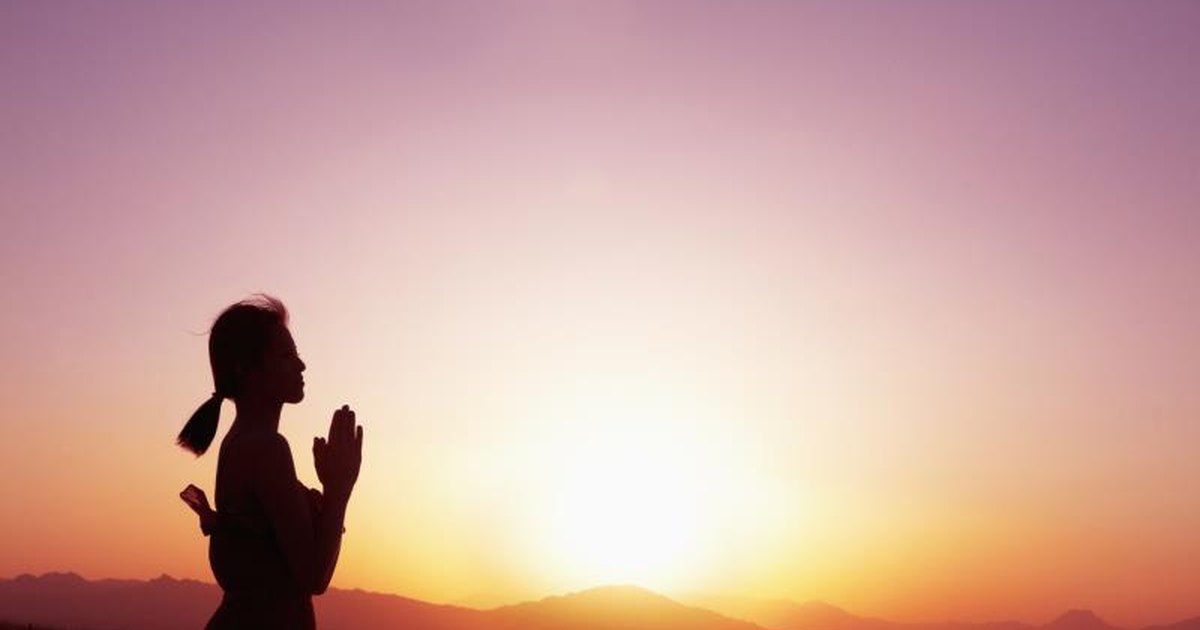 A growing number of studies has shown that, given its effects on the self-control regions of the brain, meditation can be very effective in helping people recover from various types of addiction. One study, for example, pitted mindfulness training against the American Lung Association's freedom from smoking (FFS) program, and found that people who learned mindfulness were many times more likely to have quit smoking by the end of the training, and at 17 weeks follow-up, than those in the conventional treatment. This may be because meditation helps people “decouple” the state of craving from the act of smoking, so the one doesn’t always have to lead to the other, but rather you fully experience and ride out the “wave” of craving, until it passes. Other research has found that mindfulness training, mindfulness-based cognitive therapy (MBCT), and mindfulness-based relapse prevention (MBRP) can be helpful in treating other forms of addiction. For developing brains, meditation has as much as or perhaps even more promise than it has for adults. There’s been increasing interest from educators and researchers in bringing meditation and yoga to school kids, who are dealing with the usual stressors inside school, and oftentimes additional stress and trauma outside school. Some schools have starting implementing meditation into their daily schedules, and with good effect: One district in San Francisco started a twice daily meditation program in some of its high-risk schools – and saw suspensions decrease, and GPAs and attendance increase. Studies have confirmed the cognitive and emotional benefits of meditation for schoolchildren, but more work will probably need to be done before it gains more widespread acceptance.

Meditation is not a panacea, but there’s certainly a lot of evidence that it may do some good for those who practice it regularly. Everyone from Anderson Cooper and congressman Tim Ryan to companies like Google GOOGL -0.17% and Apple AAPL -1.11% and Target TGT -0.15% are integrating meditation into their schedules. And its benefits seem to be felt after a relatively short amount of practice. Some researchers have cautioned that meditation can lead to ill effects under certain circumstances (known as the “dark night” phenomenon), but for most people – especially if you have a good teacher – meditation is beneficial, rather than harmful. It’s certainly worth a shot: If you have a few minutes in the morning or evening (or both), rather than turning on your phone or going online, see what happens if you try quieting down your mind, or at least paying attention to your thoughts and letting them go without reacting to them. If the research is right, just a few minutes of meditation may make a big difference.